Charles Nam’s induction into the military followed an unconventional route.

He was barely 17 years old when he graduated high school in 1943. He realized that in light of all that was going on in the world he would likely be drafted within a year. His dilemma was what to do during that gap year.

Nam chose to stay close to home and enrolled at the Delehanty Institute in New York City where he took two courses that leaned toward a career in mechanical drafting.  He knew that defense industries were hiring draftsman and thought this might help him get his foot in the door.

When Charles applied for jobs, his interviews were met with a degree of laughter. Employers took one look at him and told him “we can’t hire you.  You’re draft bait.”  They weren’t being cruel.  It was simply a sign of the times. 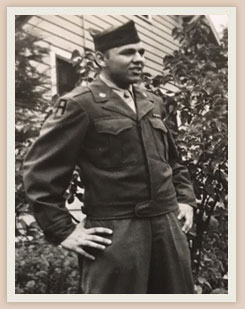 The Army recruitment center was Nam’s next stop. He was told he could enlist in the Navy at 17 but he’d have to wait until he was 18 to sign up for the Army. Having no interest in Navy life, Nam respectfully declined. It was then that the recruiter mentioned the Reserves as a possible option while awaiting his 18th birthday. He could join the battalion on the weekends and make a little cash on the side.

“We have a new program,” the recruiter stated.  “How were your grades in school?”  Nam replied, “fairly good.”  The recruiter explained that he would have to take a test, get a good grade, and would then be assigned to the program which was housed in various colleges and universities around the country. “Well, what do I have to lose,” Charles questioned. He scored well and was sent home to wait.

The wait was short-lived.  Nam received a letter from the US Army two weeks later.  He was to report in 10 days to Harvard University.  Yes…that Harvard University.  To say that he was gobsmacked by his orders is putting it mildly. Nam was a child of the Depression, born to parents with little education who dreamed that their children would one day finish high school.  Harvard far exceeded their expectations and his. 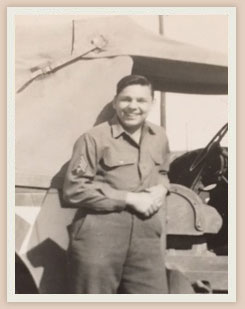 Charles savored campus life. It was a mixture of civilian and military existence.  There were military drills along with regular classroom requirements. According to Nam, they had a ‘taste’ of the military but no basic training. He had finished one term and was just beginning the second when he heard that the program was ending not only in Cambridge but nationwide.

The recruits were assigned to different places and positions not based on any particular skill but, by all things, the alphabet. Everyone with last names beginning with A-B went into the infantry; C-D went into another area, and so on and so on.  When they got around to M-N, Charles learned he’d been appointed to the field artillery unit. He ended up in the US Army’s 170th Field Artillery Battalion. In February 1944, the battalion was ordered to Ft. Sill, Oklahoma.

While at Ft. Sill, Charles was posted to the survey unit.  This time his geometry and trigonometry knowledge would play into his assignment. “People might not know, but when artillery equipment goes into battle, there has to be a survey for gun placement,” Nam said. In October, they moved to Camp Polk, Louisiana for two months of training before their overseas deployment.

On December 6, 1944, the battalion was on a train to a staging area at Camp Shanks, New York. Ten days later, 17,000 soldiers set sail on the HMS Queen Elizabeth for the European Theater of Operations.

Moving Onto the Line

Nam’s troop ship landed in Greenock, Scotland on December 21, 1944.  It took a full two days to get the 17,000 men off the ship.  They boarded another train to Liverpool, England and billeted in Wallasey.  After two months of further conditioning, the 170th once again packed up for the long-awaited trip to France.

Leaving from Portland, England, the servicemen crossed the English Channel in LSTs which finally beached at the port of Le Havre, France. They were briefly stationed at Dieppe, France where “conditions were miserable,” according to Charles.  The equipment hadn’t reached the men so each man slept with one blanket, a plastic raincoat on the ground that immediately froze in the freezing temperatures, and in pup tents that held 4 soldiers.  It was the coldest winter of the war.

The battalion was assigned to the First Army and left Dieppe through northern France to Liege, Belgium.  By this time, the Allied forces had reversed the Battle of the Bulge.  The 170th caught up with them just as they were moving into Germany.  It was here that Nam first tasted war.

The Ludendorff Bridge in Remagen

As Charles’ unit edged closer to the Rhine River, the Americans were attempting to get across the river and into Germany.  Most bridges had been blown up by the Germans.  The Ludendorff Bridge was the only one remaining.  It had to be saved.  Nam’s surveying unit was ordered to cross the bridge in order to prepare the unit’s artillery pieces.  Unfortunately, less than 24 hours before their crossing, the Germans succeeded in destroying the bridge.

The engineering corps designed pontoon bridges to get the troops across the river.  Charles’ survey unit was the first to cross.  “I have a vivid recollection of speeding across the pontoon bridge,” he said, “because not many Americans had gotten to the other side of the Rhine.  Once we got on the other side of the Rhine, things progressed very quickly.”

After Remagen, Nam estimates that they had been in 30-40 different places in Germany.  Often they would stop to set up the artillery which first required surveying.  Because he was one of the youngest of the unit, Charles naturally got the least favorable of assignments.  “Someone has to hold a pole as a reference point while others had to chain the distances between it.  I was always either holding the pole or chaining the distances.  It wasn’t terribly demanding except that it did make us pretty good targets for the enemy,” he said laughingly.

Before VE Day, Charles’ battalion seized the offices that had belonged to Heinrich Himmler, the notorious Reich Leader of the dreaded SS.  As with most GIs, Nam left with a few souvenirs…most notably two Nazi armbands.

After cornering several hundred thousand Germans into the Ruhr Valley, Nam’s outfit was ordered to stay put and contain the Germans.  He had a lot of guard duty from there on.  Charles was pulling guard duty at a POW hospital when he heard the news that the war with Germany was over.  His unit still had assignments in those months following VE Day as the war in Japan was still raging.

The 170th learned that their outfit would participate in the invasion of Tokyo.  Over a series of weeks, they would weave their way back to the States and given a 10-day furlough before heading to the other side of the world.  While they were home, the bombs were dropped on Hiroshima and Nagasaki.  The world war as finally over.

Once Charles Nam was discharged from the service he, like many of returning veterans, moved on with his life.  The GI bill would help him with his continuing education although Harvard was out of the running because of the cost.

Nam instead attended New York University where would graduate with a degree in Applied Statistics; a new field where mathematics and economics were the foundation of his future pursuits.  He would go on to earn graduate degrees in Sociology; obtaining his Masters and Ph.D. from the University of North Carolina.

Charles was a Professor of Sociology for 31 years at Florida State University.  His distinguished career would include authoring more than a dozen books and establishing/expanding the Nam-Powers Index – determining key measures of socioeconomic status.
Not bad for a kid from Lynbrook, NY whose parents hoped he would graduate high school.

We salute your service, Mr. Nam, and for your notable contributions to the world at large. 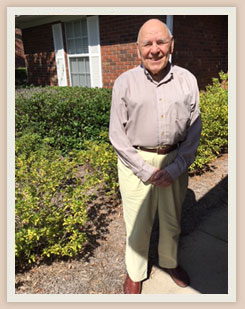