It is little wonder that John Schmidt spent his entire working career in the armed forces. As a Canal Zone (CZ) kid, he was shaped by the military presence that safeguarded the Panama Canal Zone. That influence stayed with him throughout his working career and would govern his profession for years to come.

John was born in Baltimore, Maryland in the early 1930’s. His father secured a job as a cable splicer in Panama and moved the family to the CZ when John was just 3 years old. The Schmidt’s stint in the CZ was during a time in history when base security was far more lax than it is today.

John remembers, with the aid of an air pump, tunneling inside a barrage balloon (a large kite balloon used to defend against aircraft attack) as a young child. With the onset of WWII, he and his friends were able to hitch a ride onboard a US aircraft carrier while it made its way through the locks of Pedro Miguel. These are just a few of the sweet memories that arouse emotion for John. It was Mayberry in the tropics.

John served in the Army ROTC during high school. Upon graduation, and after a stretch in the Navy Reserve, he enlisted in the United States Air Force in April 1951. 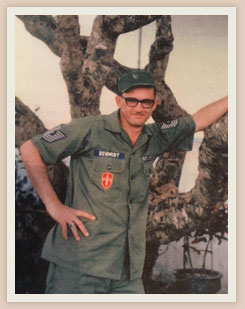 As with any military career, John relocated on a number of occasions.

In 1954, John asked to be stationed on the East Coast. This was a selfish request; he wanted to be near family members. He asked for an East Coast assignment…the government sent him to Mather AFB in Sacramento, California. John would become a training specialist in SQU while at Mather and would rise to the rank of Staff Sargent while stationed in Sacramento.

Schmidt decided to re-enlist in 1955 and would take his next assignment to Moody AFB in Valdosta, Georgia. Here, John continued as a Training NCO for the Wing where he instructed airmen on general military subjects, first aid, and biological warfare.

A year later, John requested ROTC duty at the University of Maryland where he oversaw over 3000 cadets. John felt this assignment was beneficial and took great pride in developing future leaders for the Air Force. While here, John would begin a journey as a witness to history.

While stationed at U of M, John joined the entire Cadet Corp on what is formerly known as Byrd field to welcome, and raise the “standard” flag to, Queen Elizabeth II. While the Queen toured the United States, she wanted to see an American sport and, with the university’s close proximity to Washington, DC, she and Prince Philip accepted an invitation to watch the Terrapins play football against UNC. “It was a very special event for the University and for the cadets,” John said.

In 1960, John received orders to move to DC’s Bolling AFB. He wasn’t overly excited about this assignment and ended up requesting duty at Andrews AFB. This wouldn’t be the first time, or the last, that John’s polite request for a different appointment would be honored. “To my surprise,” he noted, “they said yes.”

During his time at Andrews, John was assigned to the Base Education office in the role of film librarian; more specifically in audio/visual training films. “The AV job was an important one for me,” he remembered. The job would, once again, provide another opportunity to observe history.
As a film & photography officer, John was there to document the reception for John Glenn after his momentous orbit around the earth. In the early 1960’s, Andrews was bustling with the landings and take-offs of Air Force One carrying President Kennedy and his staff. It was the same Air Force One that would bring the President’s body home from Dallas and where the newly sworn-in President Johnson would make his first remarks upon arrival. The historical significance of Andrews was not lost on the young Sergeant.

“The Airforce Academy proved to be a wonderful assignment for me and my family”, Schmidt said. “I was promoted to Tech Sergeant and became the Division Director-Film & Equipment.” John served here from 1963-1967 and, although he enjoyed the post, something began to tug on the mind & heart of this seasoned veteran.

It was the height of the Vietnam War. Sergeant Schmidt wondered how he would respond some day when his children asked, “what did you do during the war, Daddy?” John’s response to that presumed question was both simple and direct. “There’s a war going on and I should do something.” 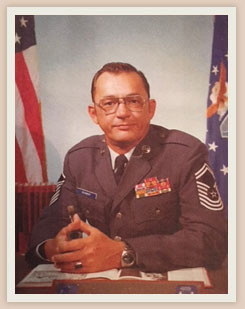 John arrived in Tan San Nhut (TSN) base in Saigon, Vietnam on September 15, 1967. As luck would have it, his brother-in-law, Major Eddie Gray, was at the bottom of the stairway as he landed from the States. John was assigned to the Military Assistance Command Vietnam (MACV)’s office of Current Intelligence and Estimates Branch of J-2.

Because of the highly sensitive nature of intelligence information discussed in this unit, John had to wait a month to get higher clearance. During that time, he was assigned to a lesser intelligence unit which, it turned out, was overseen by his brother-in-law.

While working in this position, he was given a special project called Letters Left on the Battlefield. His task was to investigate the North Vietnamese propaganda attempt in claiming the letters they found on the dead American soldiers asserted the servicemen were against the U.S. policy in Vietnam. Without exception, John found all such letters to be false. Often times, the military organization the North Vietnamese attributed to the deceased soldiers existed only during WWII.

John’s performance on this special project was noted with distinction. He was awarded the Bronze Star his work. “I want to note that the Bronze Star was awarded for my Meritorious Service in a combat zone…not for combat action,” he said respectfully.

After securing clearance, Sergeant Schmidt was tasked with operating the HQ MACV building conference room. He and his team were responsible for the “rearview” projection facility which sat behind the conference room. Major staff meetings and debriefing sessions by General Westmoreland and his senior staff were conducted here. Once again, Sergeant Schmidt was an observer of historical events. “During my tour, I was privy to several high-level government persons such as Henry Kissinger and Ambassador Bunker who attended briefings in the J-2 conference room,” he recalled.

In the early morning hours of January 30, 1968, John Schmidt was awakened by major mortar and automatic weapons fire. He wondered how he was going to protect himself. As he rolled out of bed, he pulled the mattress over him. Humorously he thought, “I have nothing but a mattress to throw at someone.” That defensive strategy would quickly change as he was promoted to Master Sergeant the following day and assigned squad leader that was comprised of 12 enlisted me from the Army, Navy, Air Force, and Marines.

During night deployments they would guard the headquarter complex. John admits that he “was petrified.” They remained on guard duty for the next 60 days and would experience 122mm rocket fired explosions. “As the company walked from their barracks to the HQ compound, I thought it looked like a scene out of MASH,” he said. This offensive would leave lasting impressions on John. On the 50th anniversary of TET, we honor all those who fought in this epic battle.

John Schmidt would return stateside in September 1968. He spent more time at the Academy in Colorado and at Tyndall AFB near Panama City. He retired in 1981 and moved to Tallahassee. Once retired, he was approached by Bill Montford who asked him to consider starting a ROTC program at Godby High School. John gladly accepted and served in that position until 1996. Upon his final retirement from Godby, the administration honored him by naming a building in his honor…the Chief John Schmidt Building. A job well done, sir.

Honor Flight Tallahassee is grateful for your 45 years of service to your country, John, and we salute your extraordinary career. Thank you! 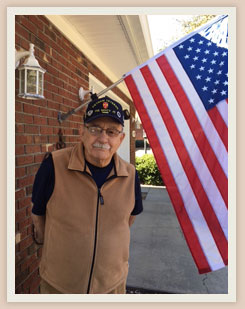