Following his passion may have saved Fred Aman’s life.

As a young boy growing up in Chicago, Fred was both a Cub & Boy Scout. In fact, he reached the prestigious level of Eagle Scout; something that’s still a source of pride for this 89 year old Korean War veteran today.

It was through his association with the Scouts that Fred’s love for the outdoors began. “My dad was anything but an outdoorsman. Scouting gave me that,” he said. This lust for nature would eventually lead Fred to the northern woods of Wisconsin where he lived off the grid without modern conveniences including electricity. Living in the backcountry would also influence his choice of profession in the years ahead.

The Wonderful World of Taxidermy

In 1950, Fred started a taxidermy company and learned the art of embalming wildlife to perfection. “I bought a book for $1.50 and learned the craft,” Fred pointed out. “I’ve been my own boss my entire life…and I was a tough boss.”

That same laser-like determination contributed to Fred becoming the best freshwater taxidermist in the nation. “People would fly into Wisconsin from all over the country with their prize fish in hand just so I could work on preserving it for them,” he noted.

One of those fly-in customers was a gentleman from Alaska. He ended up inviting Fred to move his company up to Alaska lock, stock, and barrel. Alaska… the dream come true for any outdoor enthusiast – including Fred. He was all set to go but, just two weeks before setting off for Seward’s Icebox, Fred received his draft notice from Uncle Sam. “You are hereby ordered to report for induction into the Armed Forces of the United States.” Alaska would have to wait. 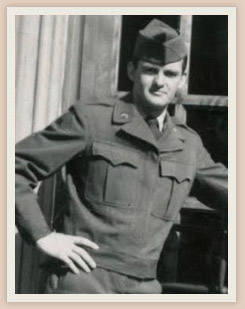 Fred went to Ft. Knox, Kentucky where he was trained in basic reconnaissance for an armored mechanized unit in the U.S. Army.

The transformation that takes place during basic training is often life-changing. Soldiers were shorn, given immunization shots, and issued uniforms. The schedule was arduous and left little time for personal indulgences. You grabbed time when you could. For PFC Fred Aman, he used the customary “smoking” breaks to take pad & pencil out to draw. These drawings were eventually found by his ranking sergeant who, it is suspected, moved them up the chain of command.

To his surprise, Fred got orders to Leadership School where he taught recruits how to drive Jeeps. Later, orders arrived from HQ and he was reclassified “exempt from duty” and was told to report to the Post Engineer Sign Shop where his artistic talents would be best put to use.

Now married to his beloved, Mary, Fred set off for Korea in 1951. He set sail from Ft. Lewis in Washington aboard a Kaiser Troop ship to Pusan (now Busan), Korea. He ended up north of the 38th Parallel line in a place called Chuncheon (sometimes spelled Chunchon). It was here, as a member of the 76th Armored Field Artillery, that Fred would spend perilous days in the middle of the conflict.

Because of his talent, because he followed his artistic passion, he would be spared from hand-to-hand combat but he was not immune to the brutal, sub-zero mountainous winters or the constant shelling by the enemy.

They lived in bunkers that were burrowed inside the mountains when they weren’t manning the 105/155 cannons. The mess tent sat squarely in an open area that didn’t provide much protection.

Fred, like many veterans, does not like to boast about his time in the service. Details were few. He had a job to do and he did it. Fred spent 6 months in Korea. It was while he was on a ship heading home that he heard the news about the armistice. To note the event, two fireboats engaged in the ceremonial water salute as his ship pulled into the harbor.

Fred was handed a train ticket to Chicago and there at the depot, awaiting his return, was his wife and baby boy who he met for the first time. Fred Aman was home. 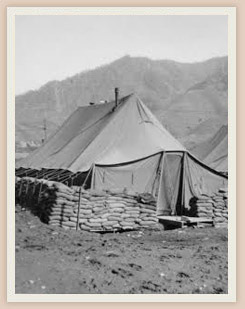 Life after the War

Fred and Mary settled down near Land O’ Lakes, Wisconsin. It was in this small town that they would raise their family and where Fred would, once again, engross himself in the art of taxidermy. He was successful in business and would eventually combine his passions of wildlife and art.

He remembers being somewhat insulted when a customer told him, “you’re not a taxidermist, you’re an artist,” but it was the impetus that moved Fred into his noteworthy career as a painter, sculptor, wood carver, and owner of an art gallery. His wife, Mary, worked steadfastly beside him both in the gallery and the gift shop.

As is the case for most “snowbirds,” Fred & Mary wanted out of the frigid winters. They bought a place on the water in Carrabelle and made the winter trek for 15 years before making it their permanent home.

Wondering what to do with all that time is a question for many retirees – but not for Fred Aman. He set up shop in his Gulf coast beach house and continues, to this day, to ply his craft. His house is adorned with his creations, mementos from worldwide travel, and awards that celebrate his achievements in the art world. His yard is a gallery of his tree carvings: an owl, eagle, fish, and manatee. All reflect his talent and whimsy.

A passion that changed his course in Korea continues to enhance his life today. Retirement is not in this man’s vocabulary. 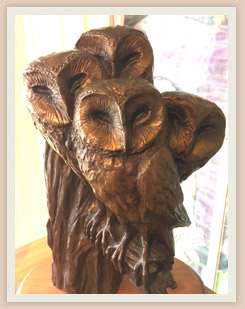 Korea was a war that didn’t get much media attention. It is often referred to as “the forgotten war.” But for those who served in Korea, for the nearly 40,000 Americans who died there and more than 100,000 who were wounded during the conflict, it is the very opposite of forgotten. It is seared forever in the memories of its veterans. PFC Fred Aman, our heartfelt gratitude for your service.

We salute you, Sir. 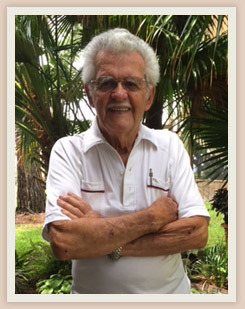