Honor Flight Tallahassee – Board of Trustees

We gratefully acknowledge the dedication of our Board members. They are passionate advocates of Honor Flight’s mission and play a crucial role in achieving our strategic goals. 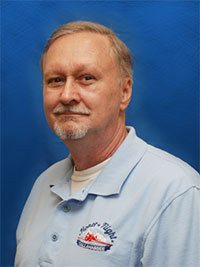 I was inspired to work with Honor Flight Tallahassee because my father served in WWII. He was a B-17 pilot and flew 36 missions over Germany. After the war ended, he was part of the Berlin Airlift. My father then flew helicopter rescue in the Korean War. Finally, he ran the main PX in Da Nang, Vietnam for a one year term. As someone who grew up around the military, I have great respect for those who have sacrificed and served in order that I might enjoy the freedoms I have today. 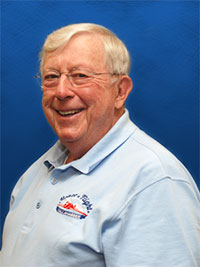 I’m retired from the Clerk of Circuit Court of Leon County. While there, my position was Special Projects Manager as well as speechwriter and Public Relations. My military service started when I enlisted in the US Navy in 1952 where I served on both surface ships and submarines. My Honorable Discharge came in 1965.

I joined the Honor Flight Board of Trustees in 2011 because of my commitment to honoring all Florida veterans who proudly served our country. I was elected Vice Chairman in order to help raise funds to assure our Veterans get to Washington, DC each year.

In addition to working with Honor Flight, I am currently serving as 3rd Vice Commander of the American Legion Post 13, and, serve as Public Relations & Publicity Chairman of Tallahassee Elks Lodge 937. 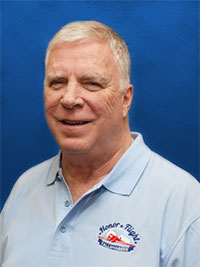 I am retired from the Tallahassee Fire Department and Leon County Emergency Medical Services. I participate in Honor Flight so that I can help honor veterans for their service and sacrifice. 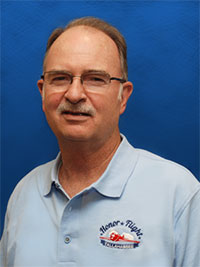 I am a Certified Public Accountant practicing in Tallahassee for the past 48 years. Our firm is Sanders, Holloway, & Ryan located on Mahan Drive.

I originally joined the Honor Flight Tallahassee Board to provide expertise in financial and tax reporting but, after serving as a Guardian on several trips, I have come to realize how important our mission is to our Veterans. I consider myself very lucky to be associated with this fine organization. 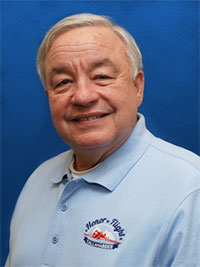 Michael Forsthoel MD is a practicing Internist/Geriatrician in Tallahassee for over 34 years with Southern Medical Group.  He has held many positions at TMH including previous Board Chair.  He joined the Honor Flight Board at its inception and has been flight physician on all flights so far.  He looks forward to serving our future flights to assist any veteran in need, and to make sure all aspects of the flights are safe for our vets.

My Dad served as a Communications Officer in Korea and it was truly an honor to see him enjoy his trip several years ago with my son Kevin acting has his guardian.  I really enjoy seeing the smiles on all the vets who go on the trip as they take in all the honors and surprises that come with this adventure.

I am an attorney at the Ausley McMullen law firm in Tallahassee. I’ve served as a member of Honor Flight Tallahassee’s Board of Trustees since 2019.

I am tremendously grateful for the opportunity to be a part of Honor Flight. My grandfather, Ken Forsthoefel, served as a Communications Officer in the Korean War. In 2015, I had the privilege of accompanying him on Honor Flight as his Guardian. It was an experience I will never forget. Serving on the Honor Flight Board gives me the opportunity to show my appreciation and give back to our veterans. It also allows me to assist in providing the families and loved ones of our veterans’ indelible moments similar to what I experienced with my grandfather that Saturday in 2015. 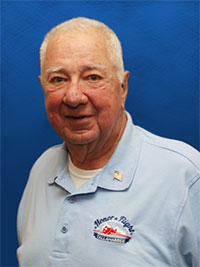 My military career began in 1949 when I enlisted in the Florida Army National Guard. During my 37 years of military service, I was privileged to serve in the Infantry, Combat Engineers, Transportation Corps, and Signal Corps. I am an Army Aviator. For 39 years, I was a stockholder and officer in our family’s business, Tallahassee Camera Center, Inc. Since retiring, I’ve been active in our community and continue to pursue several military interests.

The opportunity to serve on the Honor Flight Tallahassee Board affords me the chance to serve my fellow veterans. My wife, Mary Anna (Pomeroy) and I have been married for 63 years. We have three children, nine grandchildren, and two great-grandchildren. 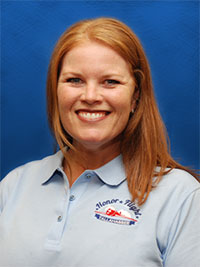 I began working with Honor Flight Tallahassee through my company, Moore Communications Group’s pro bono program, MCG Impact. What started as a work project, grew into a deep appreciation for the mission and purpose of the organization. Seeing firsthand how impactful each flight is to our veterans and their families, Honor Flight has also strengthened my sense of pride and love of America.

I am the granddaughter of a World War II veteran. Volunteering for Honor Flight is one small way I can say “thank you” to my Granddaddy and so many other brave men and women who proudly served our great country. 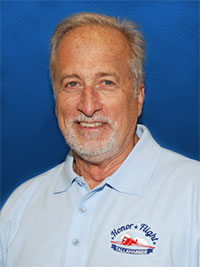 In 1982, my late wife, Carmen, and I founded Flightline Group, Inc which is an aviation sales and service organization. I currently serve as Chairman of Flightline which is based in Tallahassee at the International Airport. We also have an office in Vero Beach, Florida.

I’m in charge of coordinating all Honor Flight departures and arrivals at our Flightline hangar facility. We also host all flight orientations in the weeks leading up to take-off.

I’ve been involved with Honor Flight Tallahassee since its inception. I was asked by Mac Kemp if I would be willing to help establish an Honor Flight hub in Tallahassee. I was so excited to help! Once you experience the excitement and appreciation of the Veterans after the first flight, you can’t stop. You just feel good about being able to help show appreciation for their service.

I am a retired Sheriff of Leon County and currently working as the Chief of Investigations, Division of Public Assistance Fraud (Florida Department of Financial Services).

I joined the Honor Flight Board as a way of giving back to the veterans who made indescribable sacrifices in order to provide me, and my family, the privilege to live the American dream. I am not a military veteran but I have friends and family who have served. Honoring their service is my privilege and duty. This, in no way, repays the debt owed to our veterans; however, in some small measure, it is my way of giving back. 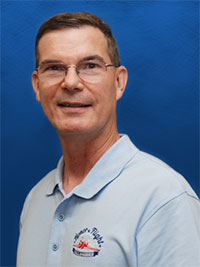 I am the Communications and External Affairs Director of the Florida Department of Veterans’ Affairs in Tallahassee. In my current role, I provide oversight and direction of the department’s comprehensive public affairs program of community outreach, media relations, branding, and employee communications impacting Florida’s 1.5 million veterans and their families.

I am an Operation Iraqi Freedom veteran and retired Air Force Lieutenant Colonel. To honor Florida’s more than 65,000 WWII veterans and the memories of those who passed, I have served as a member of Honor Flight Tallahassee’s Board of Trustees since inception. 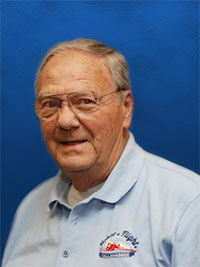 Upon graduation from Leon High School, I joined the US Marine Corp Reserves. Once I returned home, I began traveling with an electrical contractor in Miami as a photographer. I worked around the country at places such as the Grand Coulee Dam, Washington; Delta, Pennsylvania; Cutler, Maine and eventually ended up back in Tallahassee. I joined the Elks Lodge #937 and became their photographer.

After retiring from Liberty National Life Insurance, I met Tom Napier who shared the history of Honor Flight Tallahassee with me. He extended an invitation to me in 2015, and again in 2016, to go on the trip to Washington as Honor Flight’s photographer. I missed 2017 because of health reasons but I do plan on going back in 2018.

I can’t think of a better way to honor our veterans than to take them to DC to see the memorials. Photography has been a major part of my life and this is my way of giving back to the veterans and my community.